I use two datasets which I’m not sharing. However, one is a large zero inflated dataset with over 110,000 rows and 55 columns. The other is data from my land surface temperature (LST) project and has 1,200 rows and 75 columns. These are regression models (rather than classification) in both cases.

The code is on GitHub here so feel free to check it out. I generate 10 holdouts and then pass to both Python and R so the models are being trained and tested on the same observations. I parallelize the code with 10 cores. The test size is 20%.

Random forests are ensemble models (i.e. they average the result of many predictors). As their name suggests, they are the average of many tree models. One of the parameters for RF’s is the number of trees. R defaults to 500 whereas Python defaults to 10. So R defaults to using many more trees, which will both take longer, but likely be more accurate. The other parameter that I ensure is consistent between languages is the mtry. This is the number of variables randomly sampled for each split (when the value is a decimal, it’s the fraction of the total number of variables).

The boxplots show the difference in the MAE between the models for both sets of data. Python’s random forest using R’s default parameters is the best for the zeroinflated dataset, it also slightly outperforms R’s in the LST dataset. The best model for the LST dataset is the GBM and R’s RF (with Python’s parameters) is off-the-charts bad. 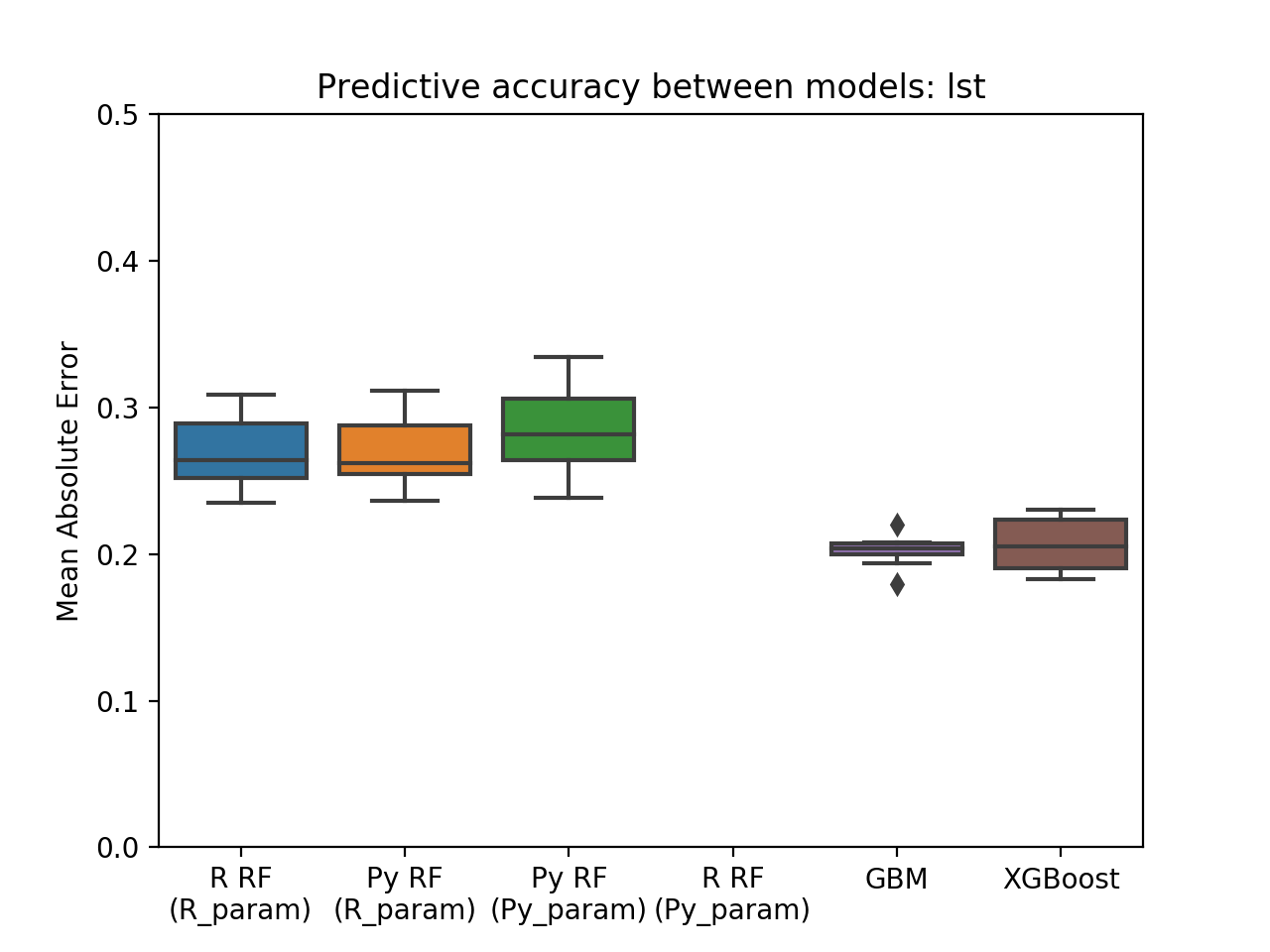 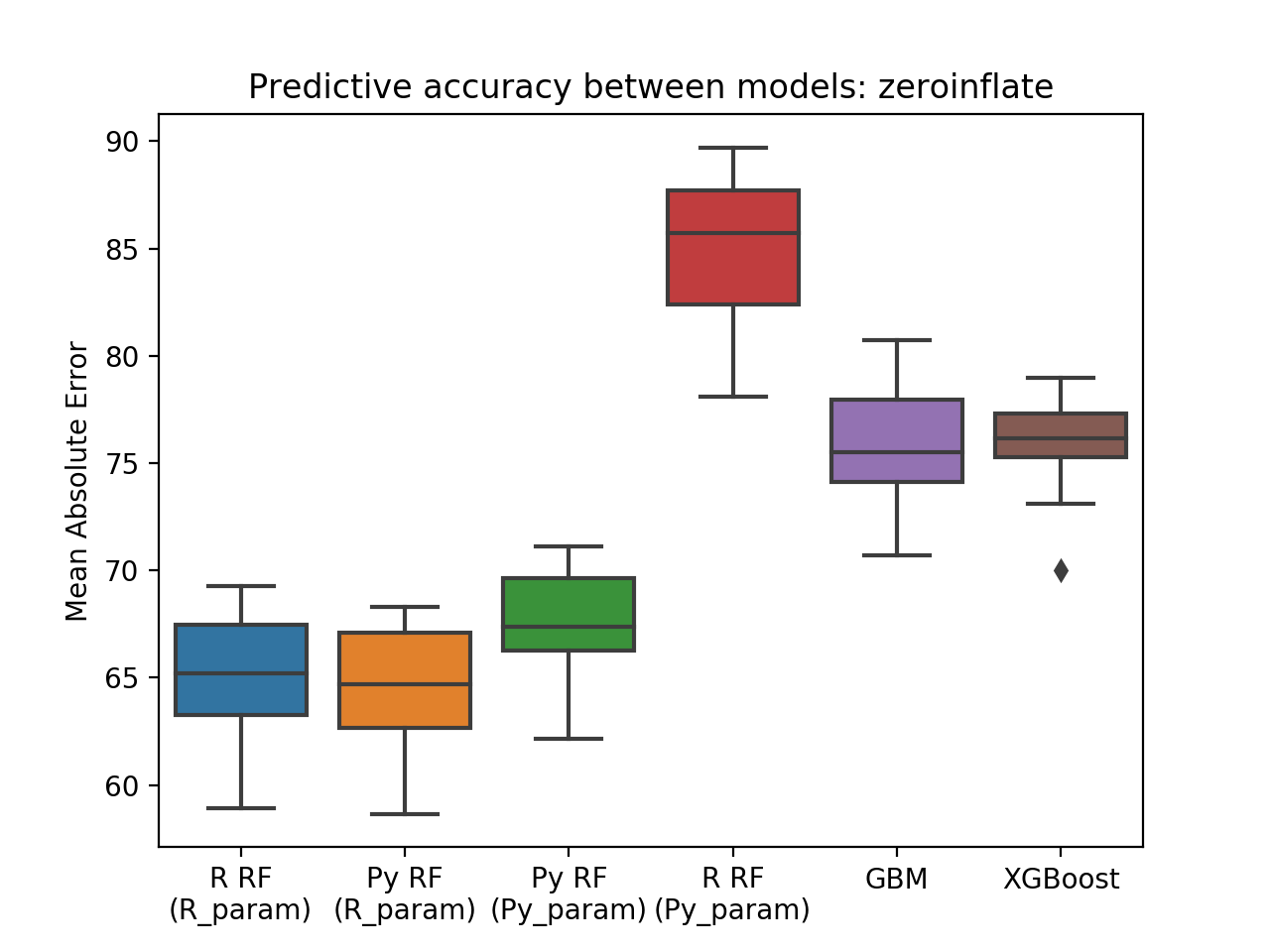 In addition to the comparison between aggregate predictive accuracy, I wondered how the direct observation-level predictions compared. That is, for a given data point do the predictions differ? These figures show that the models do no differ much at all. 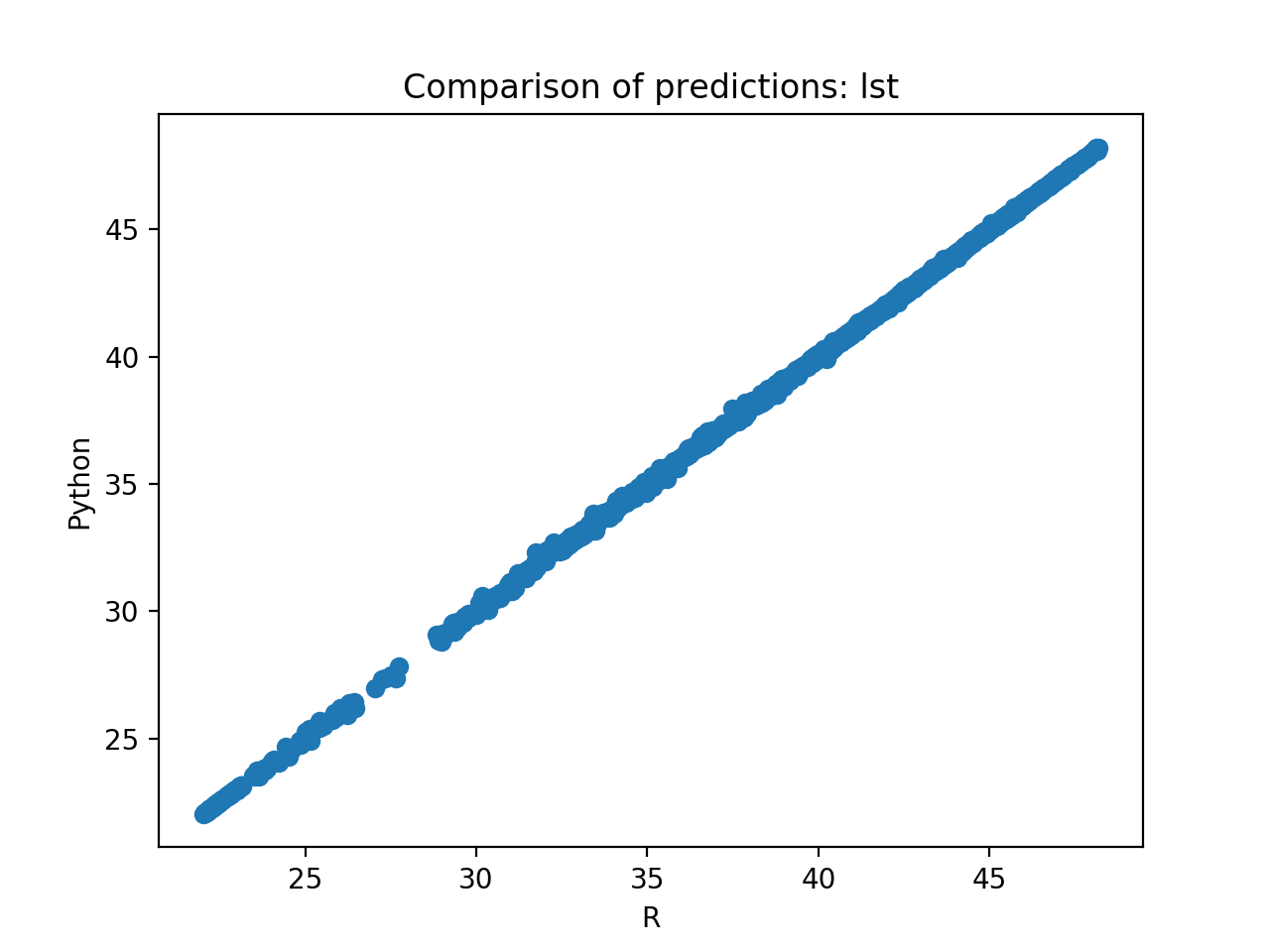 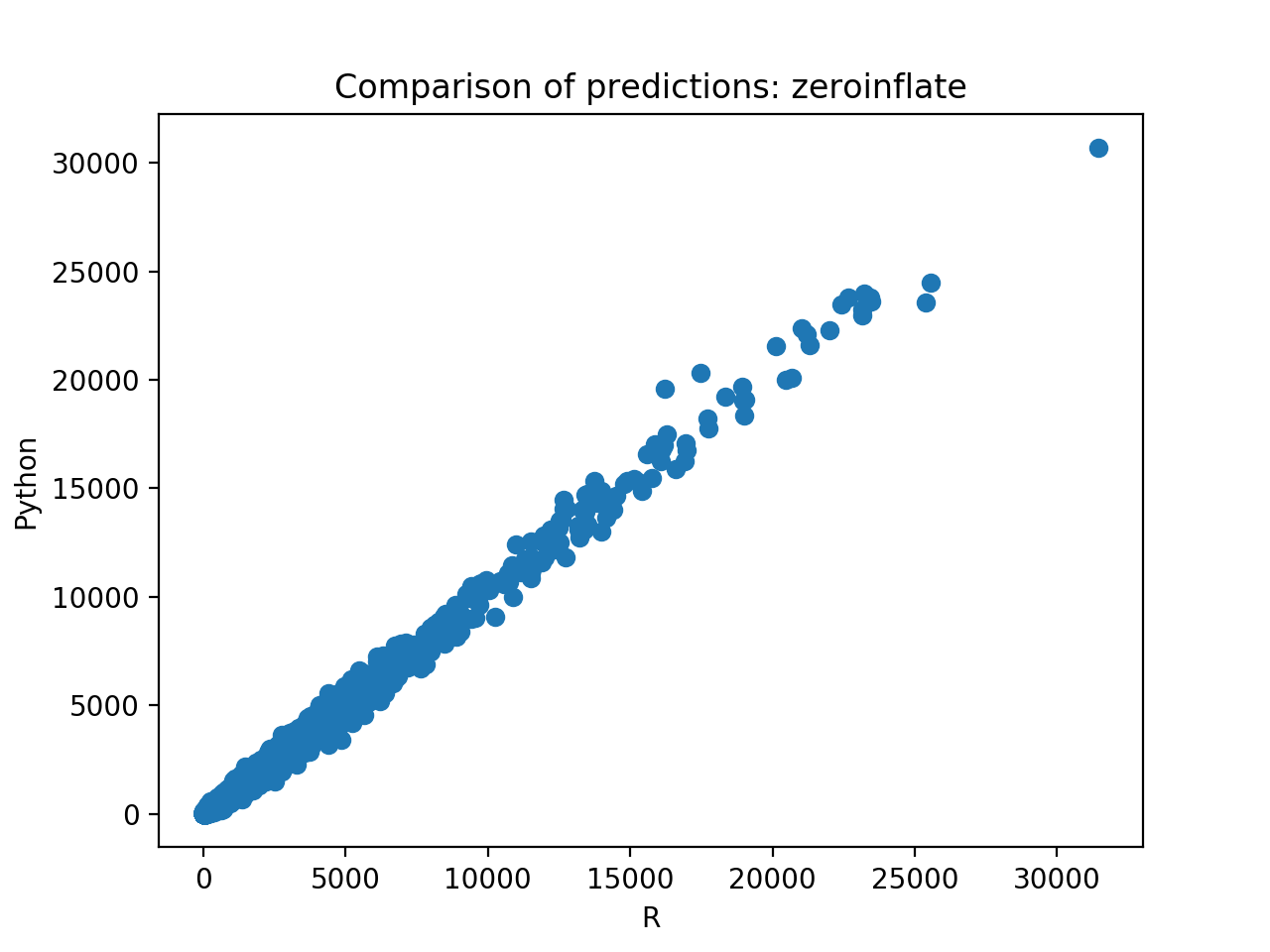 The speed at which models take to process can dictate what other interesting approaches can be tested. For example, parameter selection (another post coming soon). Parameter selection can require running the models repeatedly and that’s unpalatable if they take days to run a single instance.

I suspected that Python would be faster, but honestly I was blown away. On the large dataset Python was 84 times faster than R (and had better predictive accuracy). That is, it took R ~13 hours and 43 minutes to complete what Python’s did in 10 minutes. 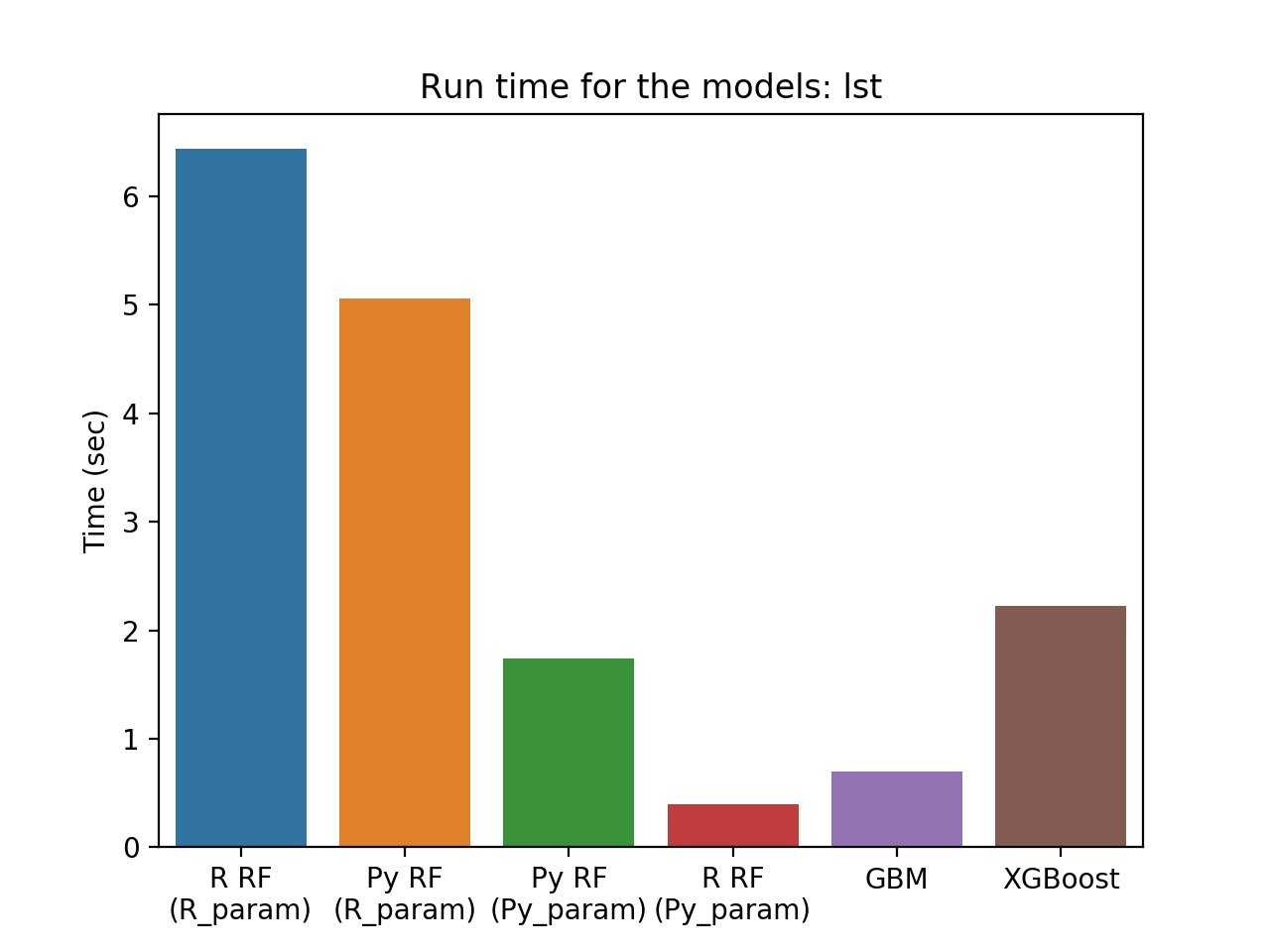 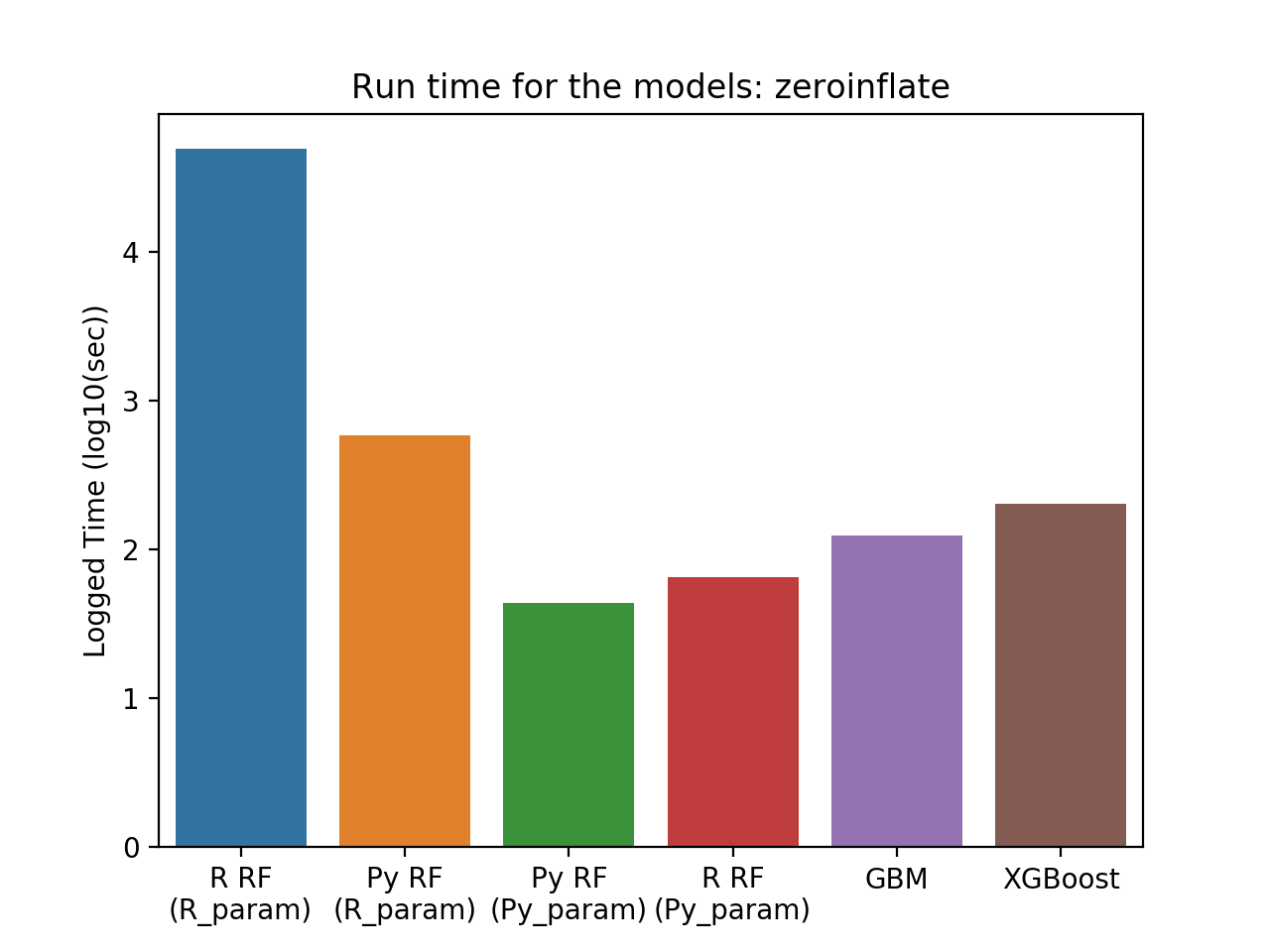 Partial dependence and variable importance with these nonlinear models can be super useful for understanding the relationship between the explanatory variables and the target variable. It also provides an approach to capture the independent effects of different variables and identifying relative importance. This can be useful when prioritizing action or further study. For this section I’ve used the concrete dataset so the data is a little cleaner than mine, and I can share.

Variable importance is defined as 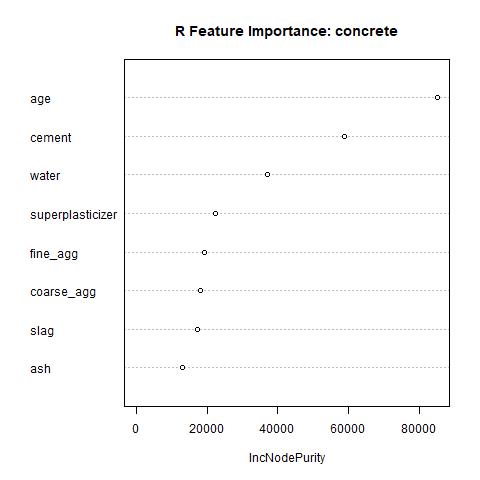 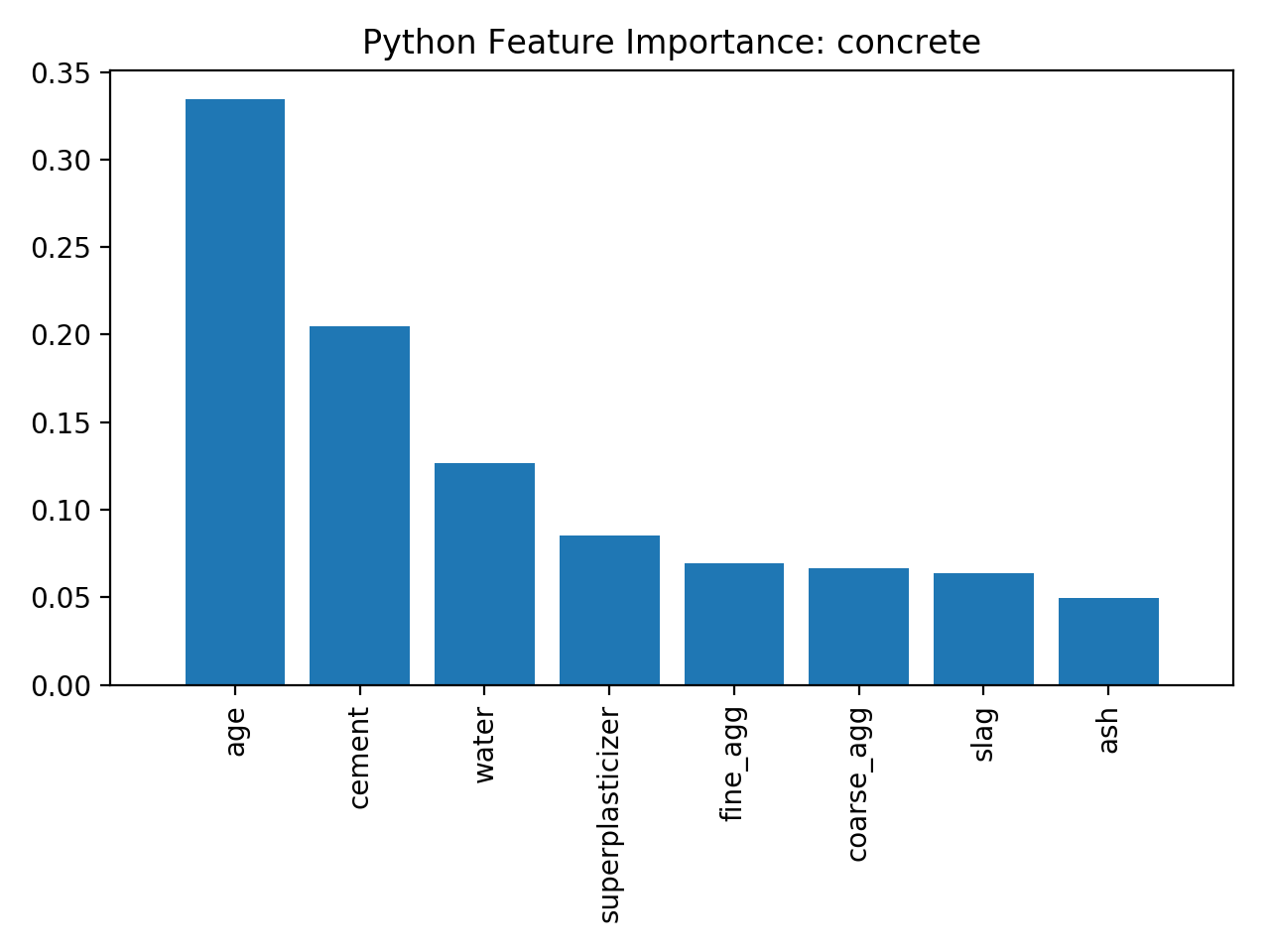 Partial dependence is defined as 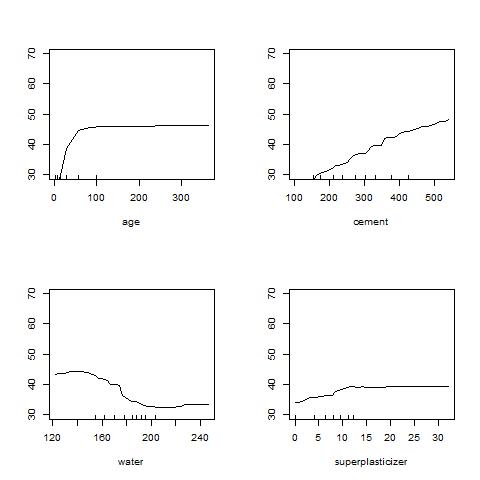 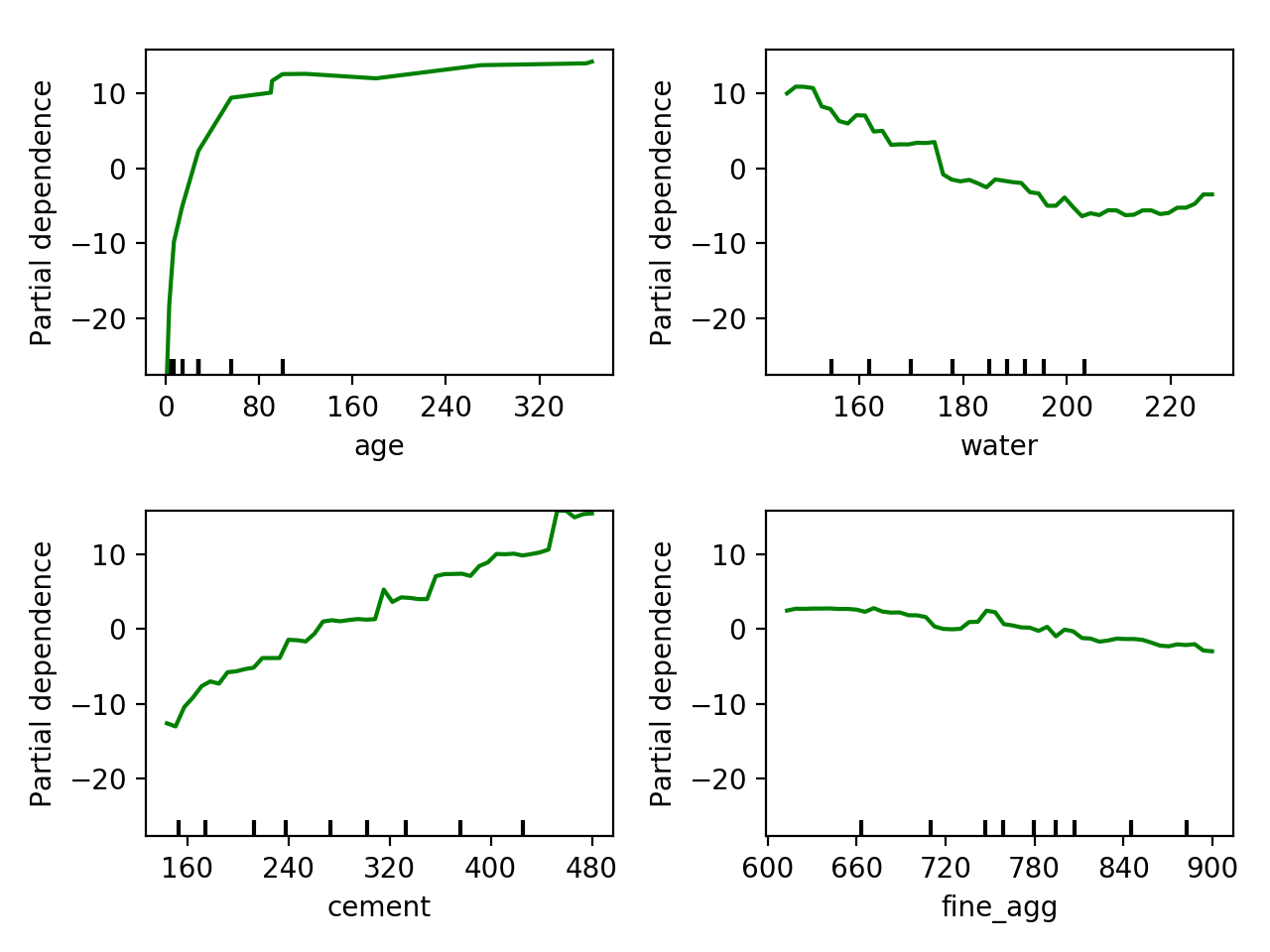